This was from yesterday. A pretty decent battle in the T-78 with 2k damage and 1.7k spotting damage. Took out 4 enemy tanks, spotted 8, and damaged 10.

Not exactly a monster game, but I had a hell of a good time in the process.

I forget about this site now and then but I got an Ace Tanker in my Super Hellcat yesterday and thought, wtf, why not just put the photo up.

It wasn’t much of a battle, but I guess I did alright. 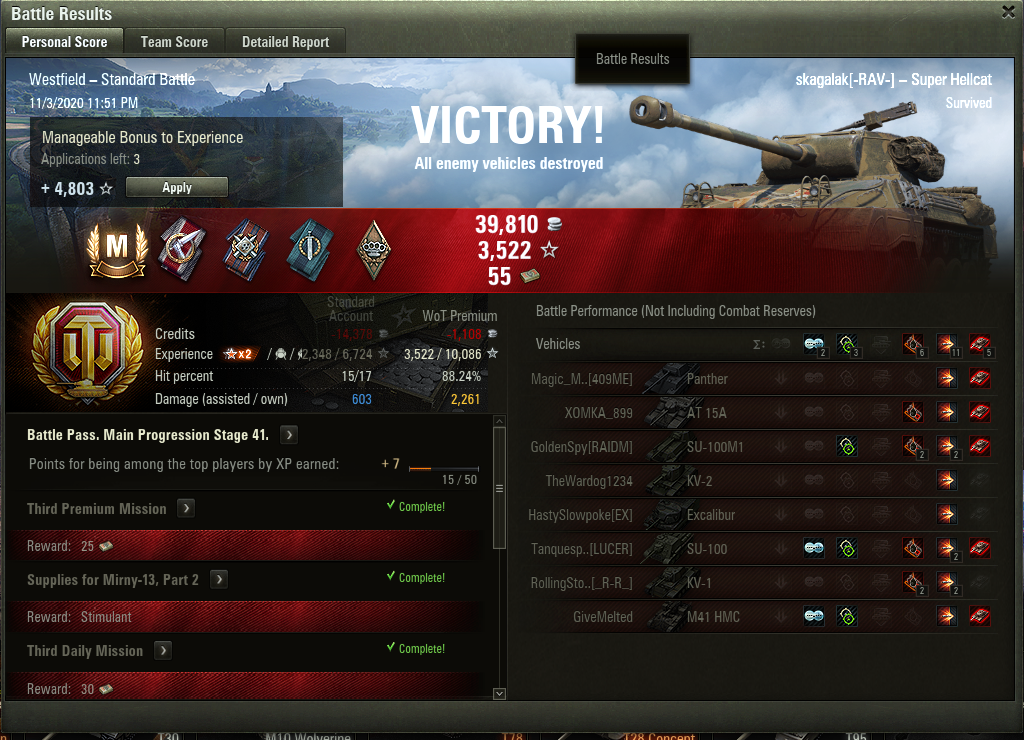 Been looking forward to this day for a while now… Ace tanker in the Bourrasque!

This was a hard fought loss on a team that essentially camped and would not engage the enemy. We were down several tanks but managed to even things out before losing more tanks again.

I managed 5619 damage with 1493 spotting and seven kills to take a Top Gun, High Caliber, Tank Sniper, and the Ace Tanker award.

I wish it could have been a victory; alas, it was not meant to be. At the end, my team simply crumbled and fell apart despite my attempt to rally.